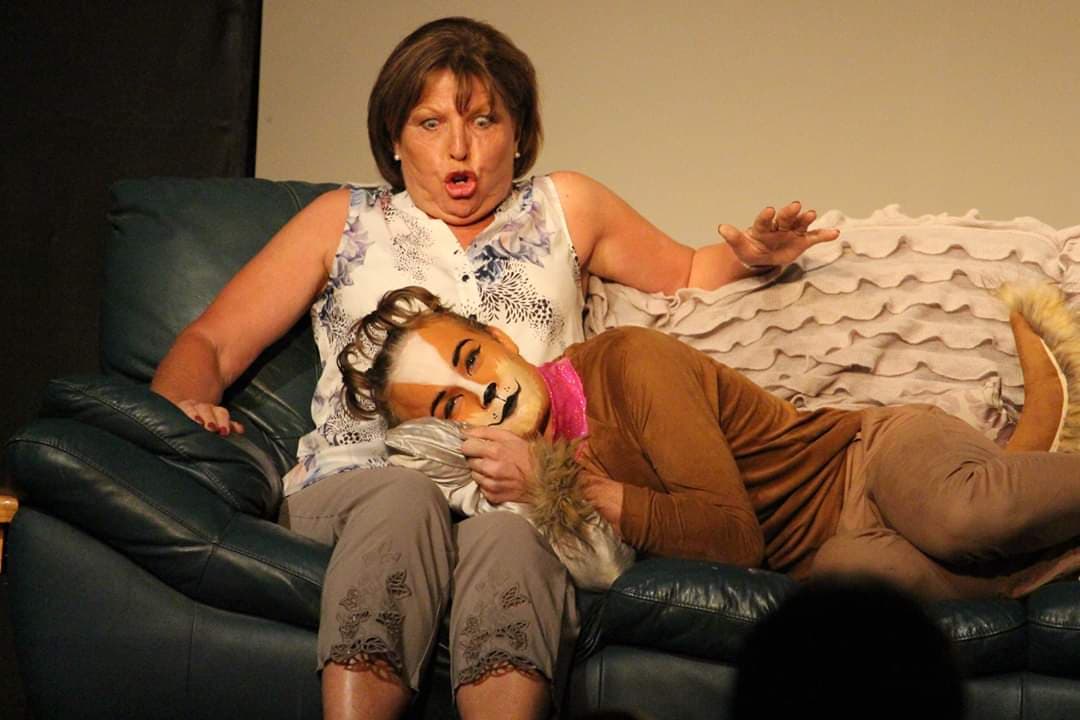 A four-hander uproarious absurdist comedy about love, loyalty and deceit. Written in memory of the author’s own pet chihuhau.

Setting: The present, the kitchen/lounge room of a small apartment, simple set suitable for intimate or blackbox.

TOM: 30 something, executive at a finance company,

GLORIA: 30 something, TOM’S mistress and colleague.

When Julie discovers that her pet chihuaua Andre (aka Supersnout) can talk, she is incredulous. She is even more shocked when she discovers what he has to say. Andre has sniffed out that Julie’s husband Tom is having an affair. With Andre’s encouragement, Julie sends Tom to the doghouse  – and mistress and dog live happily ever after.

2019, SECOND THOUGHTS THEATRE GROUP, STRATFORD-UPON-AVON, UK, Bear Pit Theatre, entry for the Lighthorn Festival of One Act Plays, as one of a Triple Bill of Comedies.

Sad news: The Supersnout UK team were shocked and saddened to hear of the recent death in a car crash of Oli Williams, who played Andre in Supersnout in 2019 in the company’s Triple Bill of comedies. Oli’s enthusiasm and talent were a highlight of the show and helped make Second Thoughts’ Triple Bill a winner in the 2019 NODA awards. I am so grateful to have had Oli in the show and very sad to hear of his passing. My condolences to his family.